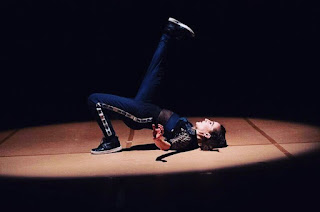 The dancers were costumed in grey leotards by designer H. Petal. Lighting (Ken Tabachnick), changed from stark black and whites to sepia shades at the end supporting warmth and community as the dancers held hands while performing unison, interdependent partnering.